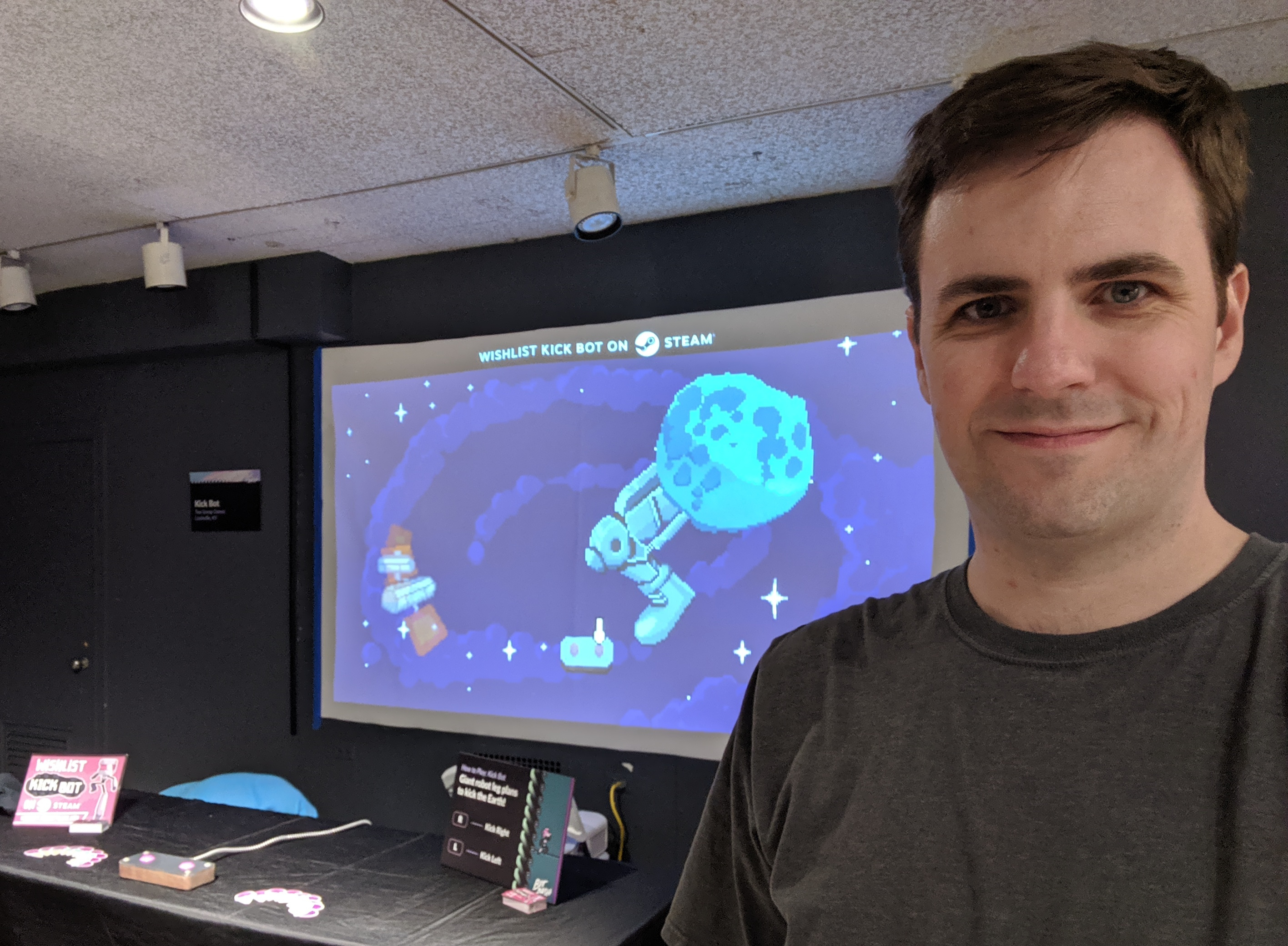 Alex, Jake, and I travelled to Chicago this weekend to show off Kick Bot at Bit Bash Chicago.

Things that we could do better: